WNYCOSH celebrated it’s 40th anniversary on Octobor 30th, 2019 with the opening of the exhibit “Life’s Work, A 50 Year Photographic Chronicle of Working in the U.S.A.” by photographer Earl Dotter. Earl Dotter has been documenting workers in hazardous occupations since the Farmington, WV mine disaster in 1968. Over the past 50 years he has photographed thousands of workers thoughout the country. The exhibit chronicles the last 50 years of his work, from mine workers to 9/11 first responders, health care workers, farmworkers and those affected by asbestos.

The opening reception was held at the Tri-Main building with hors d’oeuvres, drinks, music, and an opportunity to meet the artist as well as an awards ceremony.

Our honorees this year were:

Lee Smith, a founder and the first Executive Director of WNYCOSH

Mr. Smith served in the Administration of New York Governor Mario M. Cuomo from 1983 – 1995, first as general counsel of the NYS Labor Department, and then as the Deputy Commissioner for Economic Development. While in State government he developed the legislation that created a permanent funding stream for COSH groups and union safety and health programs. After, leaving the Cuomo Administration he spent almost 20 years managing pension fund assets focused on economically targeted investments.

Currently, Lee manages American Solar Partners (ASP), a solar project developer in the NYC area, focused on commercial solar power installations and residential installations throughout the Northeast. All ASP projects use American-made solar modules and union contractors. He also serves as the senior policy advisor to Climate Jobs New York, a coalition of unions based in NYC that has pushed the State to follow an investment-led climate change strategy that also addresses inequality. CJNY was instrumental in the State’s recent commitment to build 9 gigawatts of offshore wind power under a union project labor agreement.

As a steward and then president of his Oil, Chemical, and Atomic Worker union local at the Niagara Falls Goodyear plant, in 1979 – 80, Jim began to compile information on the high of bladder cancers among his coworkers. Working with OCAW’s International V.P., Tony Mazzocchi and the union staff attorney, union public health experts and NIOSH, Jim helped establish that the workers were being exposed to ortho-toluene, a chemical manufactured for Goodyear at DuPont’s Niagara Falls plant. Having established that there was a significant increase in worker bladder cancers at both plants, the union negotiated a settlement which guaranteed that exposed active workers and retirees would be monitored for bladder cancer four times a year.

A Cornell ILR extension faculty member since 1976, now emerita, Lou Jean formerly served ILR as statewide director of workforce, industry and economic development, founder and director of the Institute for Industry Studies, director of the Western Region, and director of labor programs. Her teaching and research fields are economic development, labor management relations, and public economic policy. Lou Jean is also co-founder and current board chair of Partnership for the Public Good, a community-based think tank with over 290 affiliated partners that works closely with Buffalo Co-Lab to give the nonprofit community and citizens a stronger voice in public policy.

She is the director of Cornell University ILR Buffalo Co-Lab, a collaborative research, teaching, and public knowledge center for progressive economic development in Greater Buffalo. Co-Lab initiatives include student-engaged learning through High Road Fellowships and Careers in Public Service; the interactive digital library, researchers network, and workshops of Buffalo Commons; the technical and analytical economic geography resource of Data for Equitable Economic Development and Sustainability (Good DEEDS for Greater Buffalo); and the visiting activist scholar exchange between Buffalo and the campus in Ithaca.

Louise’s current work includes organizing a person-to-person call up of the members of the New York Army National Guard (NYARNG) that served at 9/11 and organizing SAG-AFTRA: MOVE throughout Western and Central New York. She serves as a member of the Honorary Board of Sister Cities International, American Women for International Understanding, and the Communication Department Advisory Board at SUNY Buffalo State. She served as a Founding Director of the Charles E. Burchfield Nature & Art Center, Advisory Board member of the Burchfield Penney Art Center, and Director of St. Luke’s Mission of Mercy. She has been honored to represent the City of Buffalo in China, Korea, and Turkey to build Sister-City relationships and at the All-America City Awards twice.

On 9/11/01 Louise was appointed the Family Support Coordinator for the New York Army National Guard (NYARNG) 342d FSB Co C-. Her husband LTC Gary R. Schoene, Ret. served as a dentist in the medical unit. Dr. Schoene served for 30 continuous years (1972-2002) in the Air Force, Air National Guard, and Army National Guard. Louise worked for Morgan Stanley as a Financial Advisor in the Williamsville Branch at the time. Like every other Morgan Stanley Financial Advisor, she was trained in the South Tower and had co-workers and friends in the building. Employees of the Morgan Stanley Williamsville Branch assisted Louise with phone calls and other challenges she faced while the soldiers were deployed. After a 17-year career as a stockbroker, Louise Schoene retired in 2002 to spend more time with family, helping her children’s schools and community.

Mary Lister is a community organizer and home care worker from Western New York. She graduated with honors from SUNY Binghamton, with a degree in Sociology and a minor in Spanish. She studied abroad with the Autonomous University of Social Movements, which included stays with The Zapatista Autonomous Rebel Center of Mayan Languages, Tzotzil, and Spanish (CELMRAZ), community organizations in rural Tlaxcala, and a tenant organization in Mexico City. Back in Binghamton, she helped secure an institutional boycott of Reynolds products and drew attention to sweatshop conditions faced by students as part of her work with Students Organizing Against Reynolds. She also worked with the Frances Beal Society to halt the construction of “blue lights” which would have diverted community funds to increase police presence in downtown Binghamton.

She found her love for workers’ centers while interning with the National Mobilization Against Sweatshops, where she began organizing with other home care workers to end the 24 hour workday through the Ain’t I A Woman?! Campaign. Upon graduation, she returned to Buffalo and had the opportunity to organize with the WNYCOSH Worker Center through which she conducted dozens of interviews with other home care workers about their working conditions and knowledge of their rights, and encouraged them to organize for better conditions.

Our honorees for our 40th Anniversary represented the origins of WNYCOSH’s work, and the issues that we are continuing to advocate for today. Earl Dotter’s photographs were a visual reminder of the workplace issues that have been addressed, and the many hazards that still remain. Thank you to everyone for helping us celebrate our last 40 years, and we look forward to the next 40! 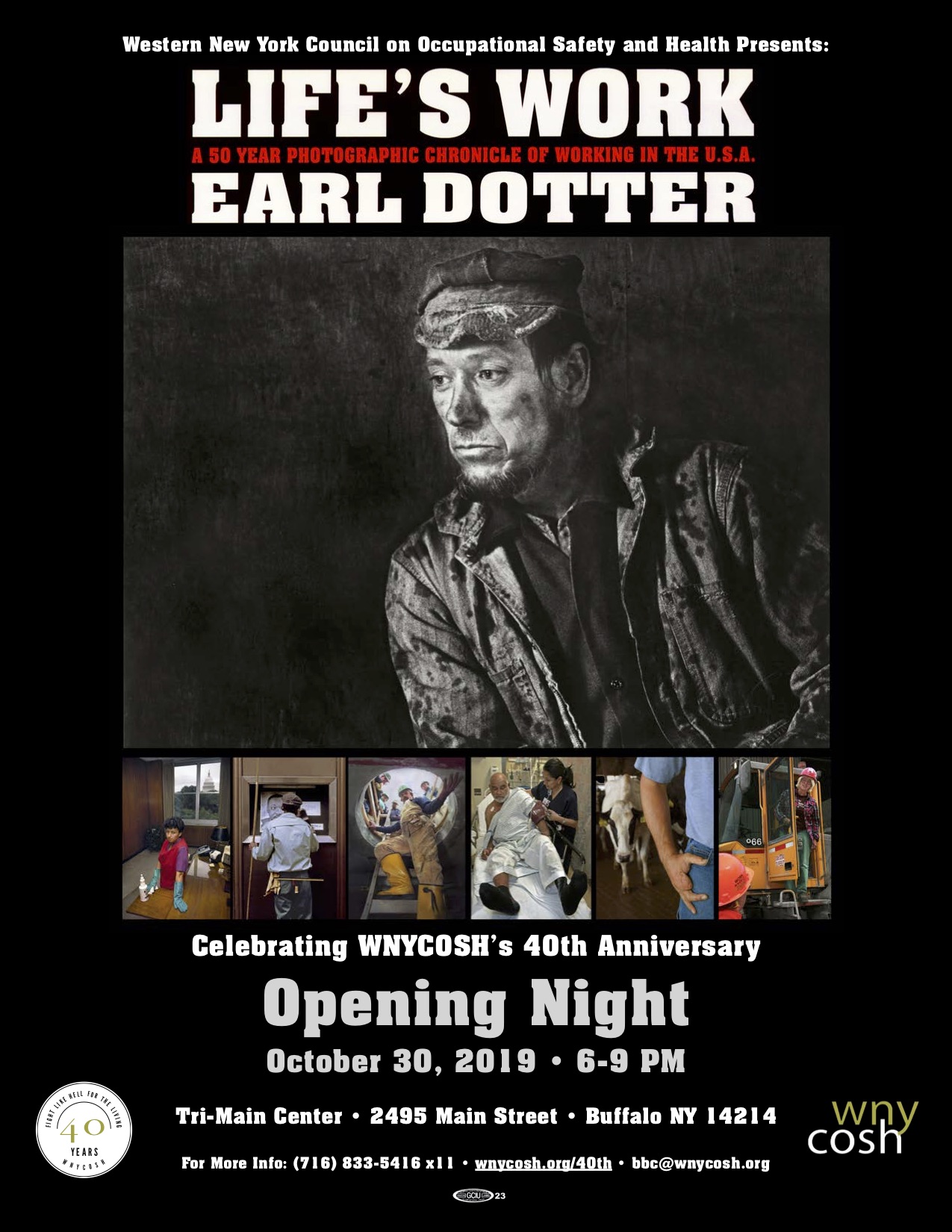 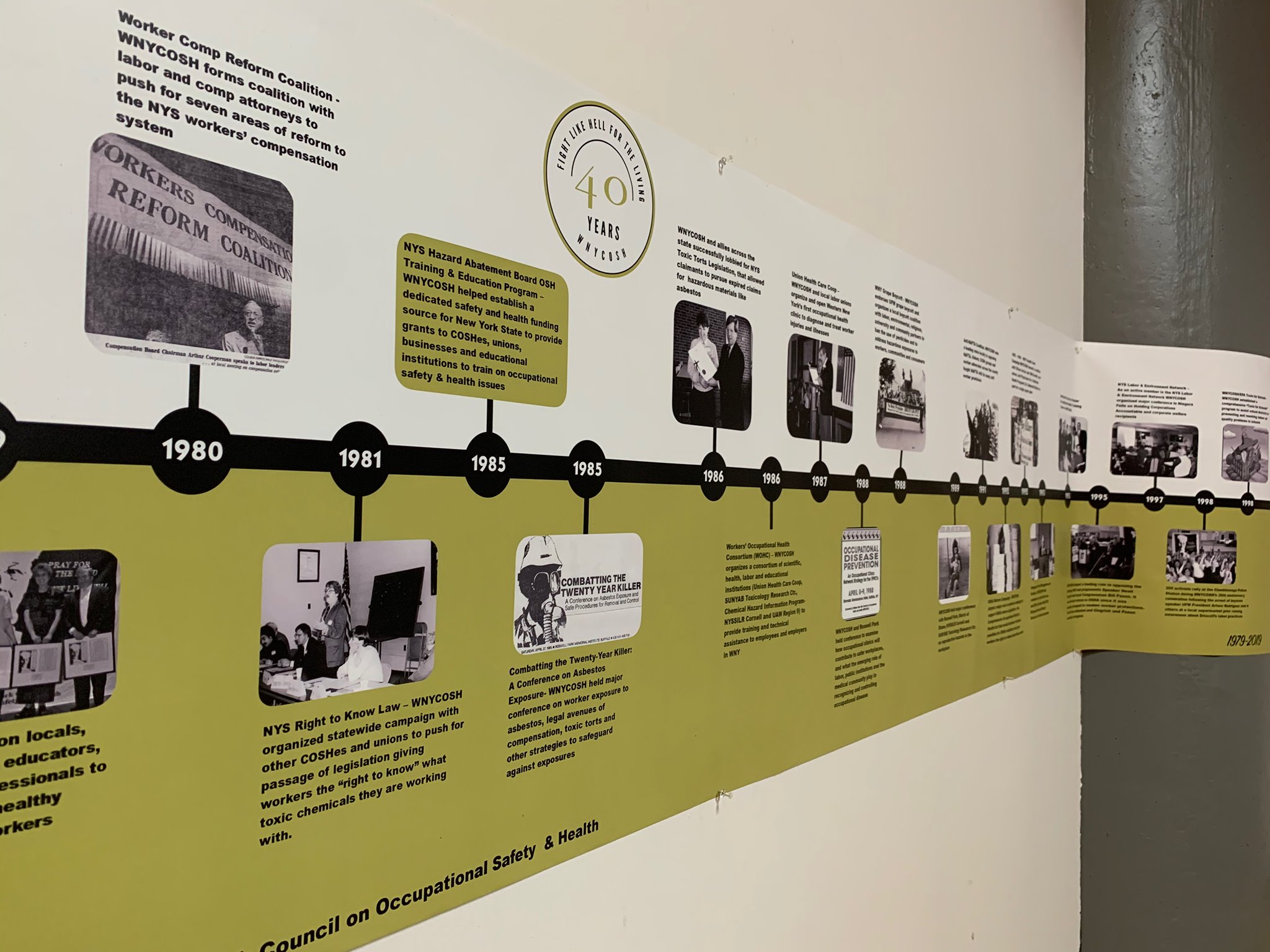 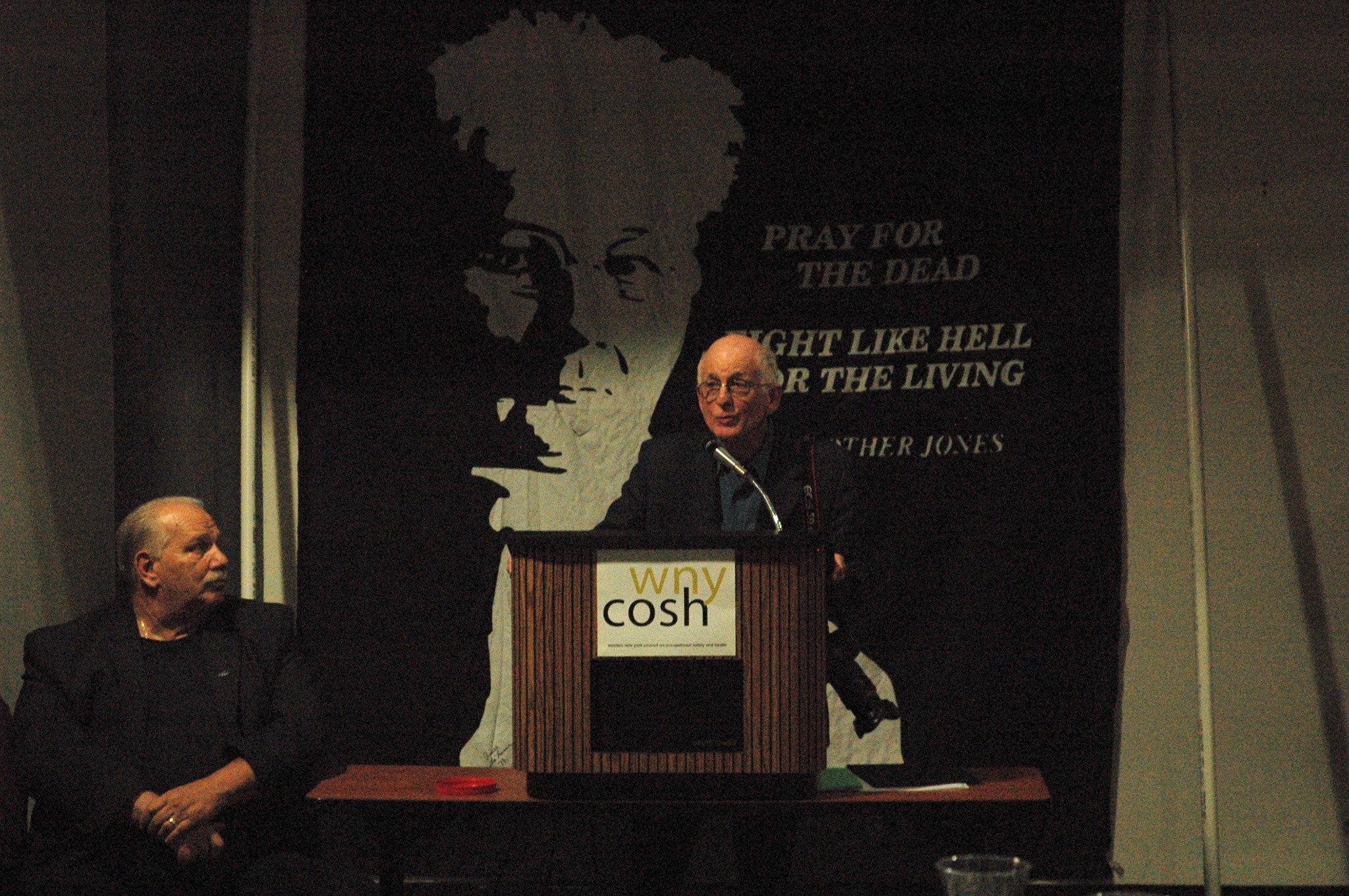 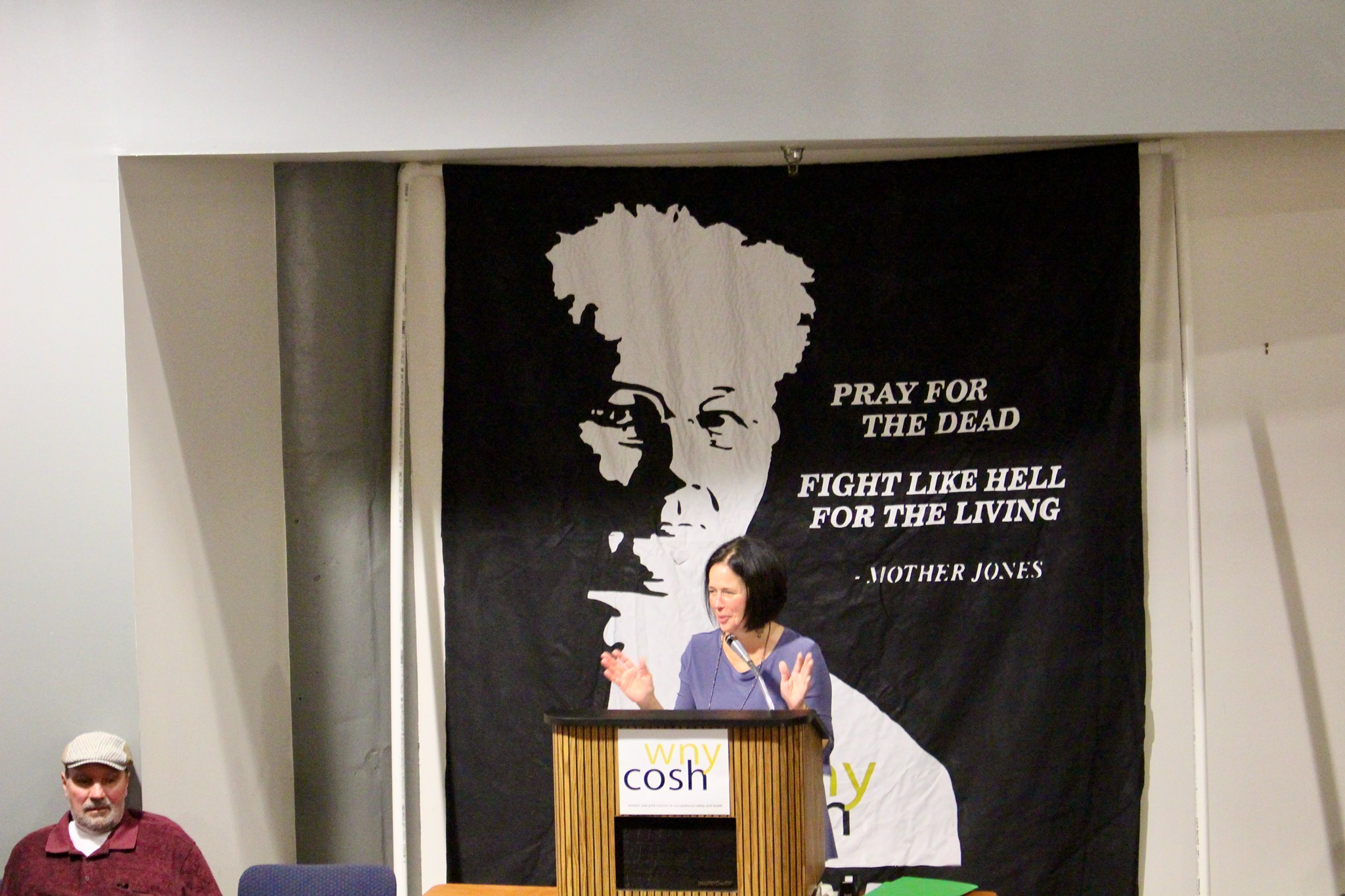 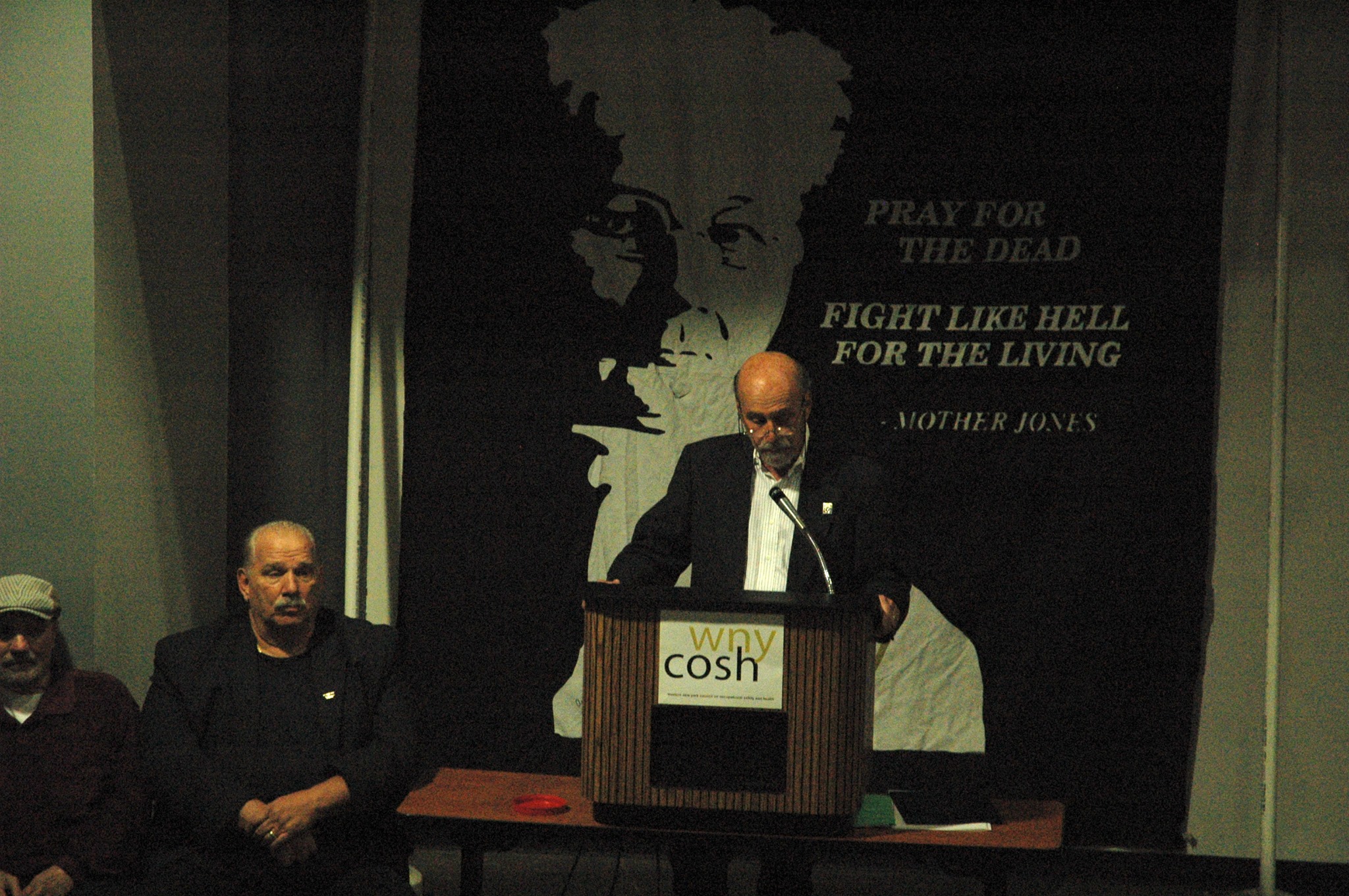 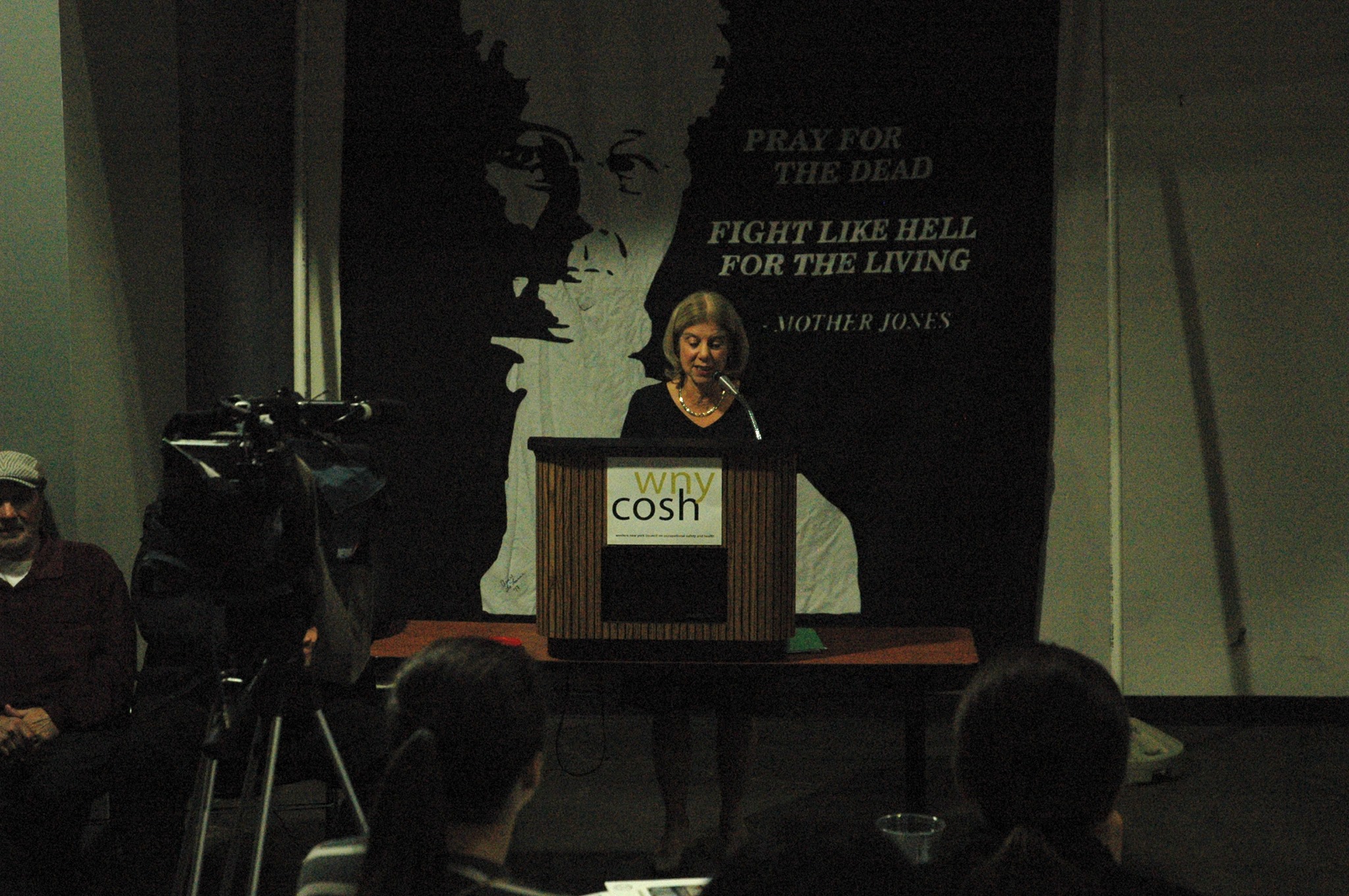 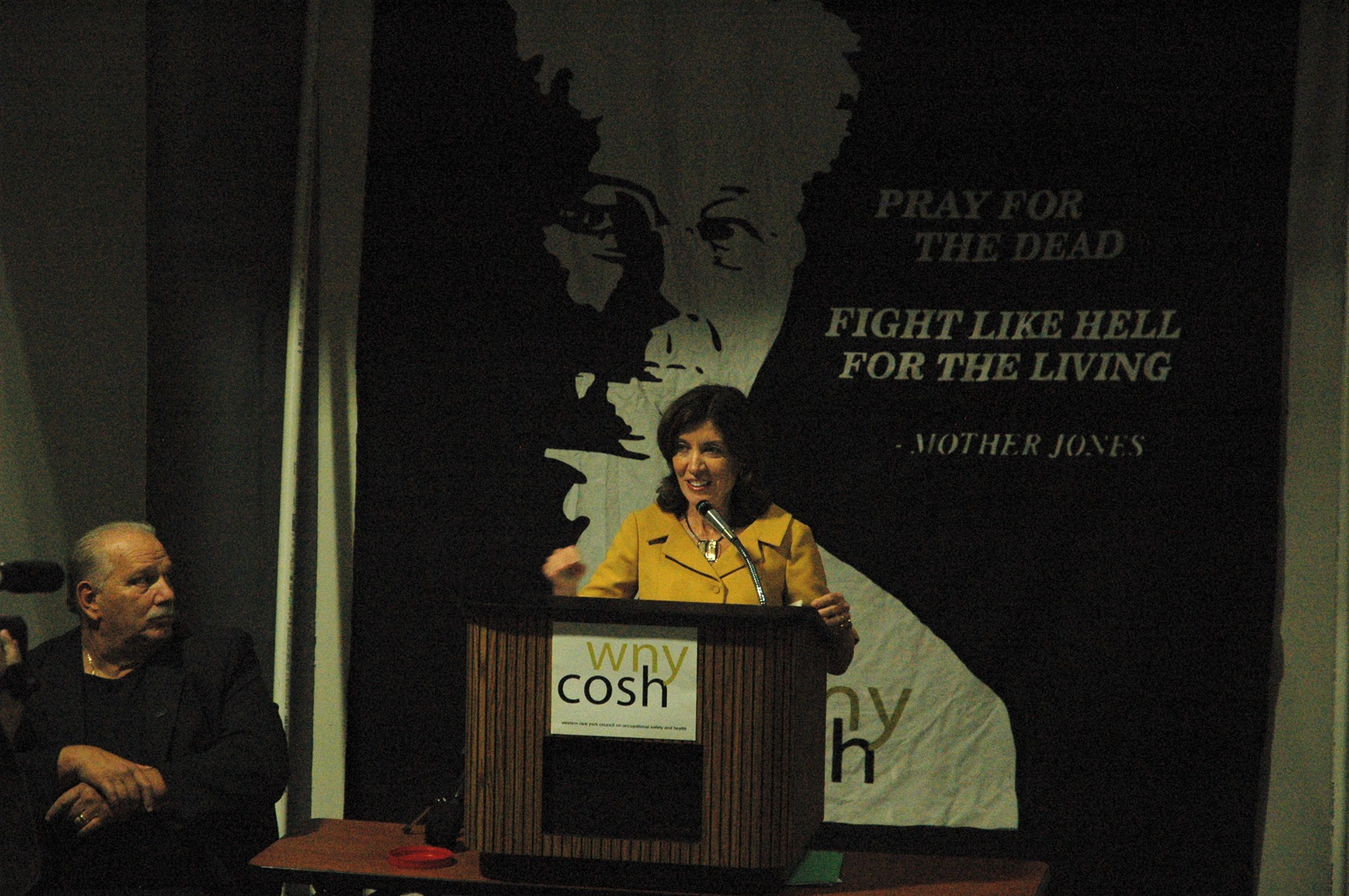 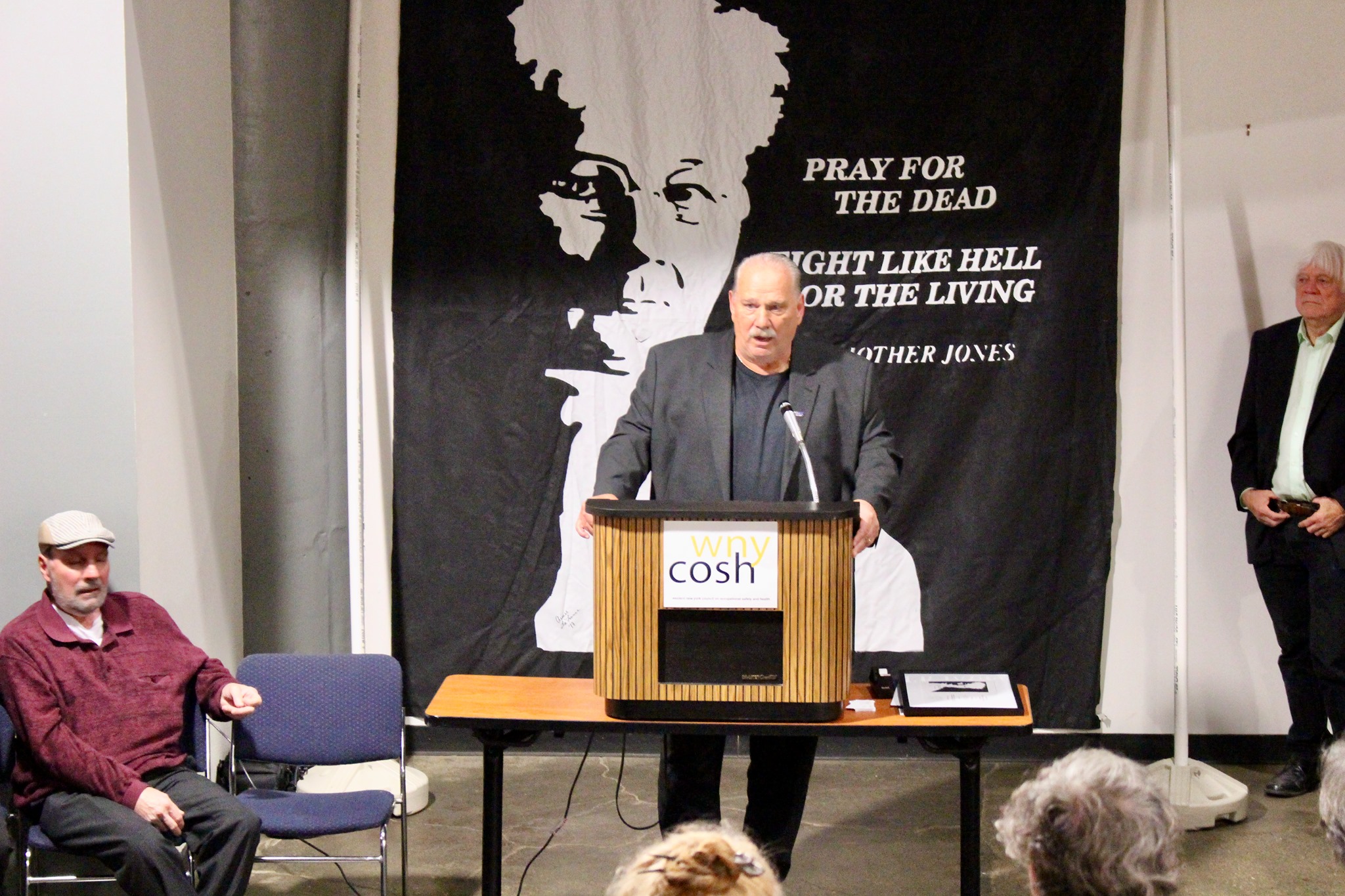 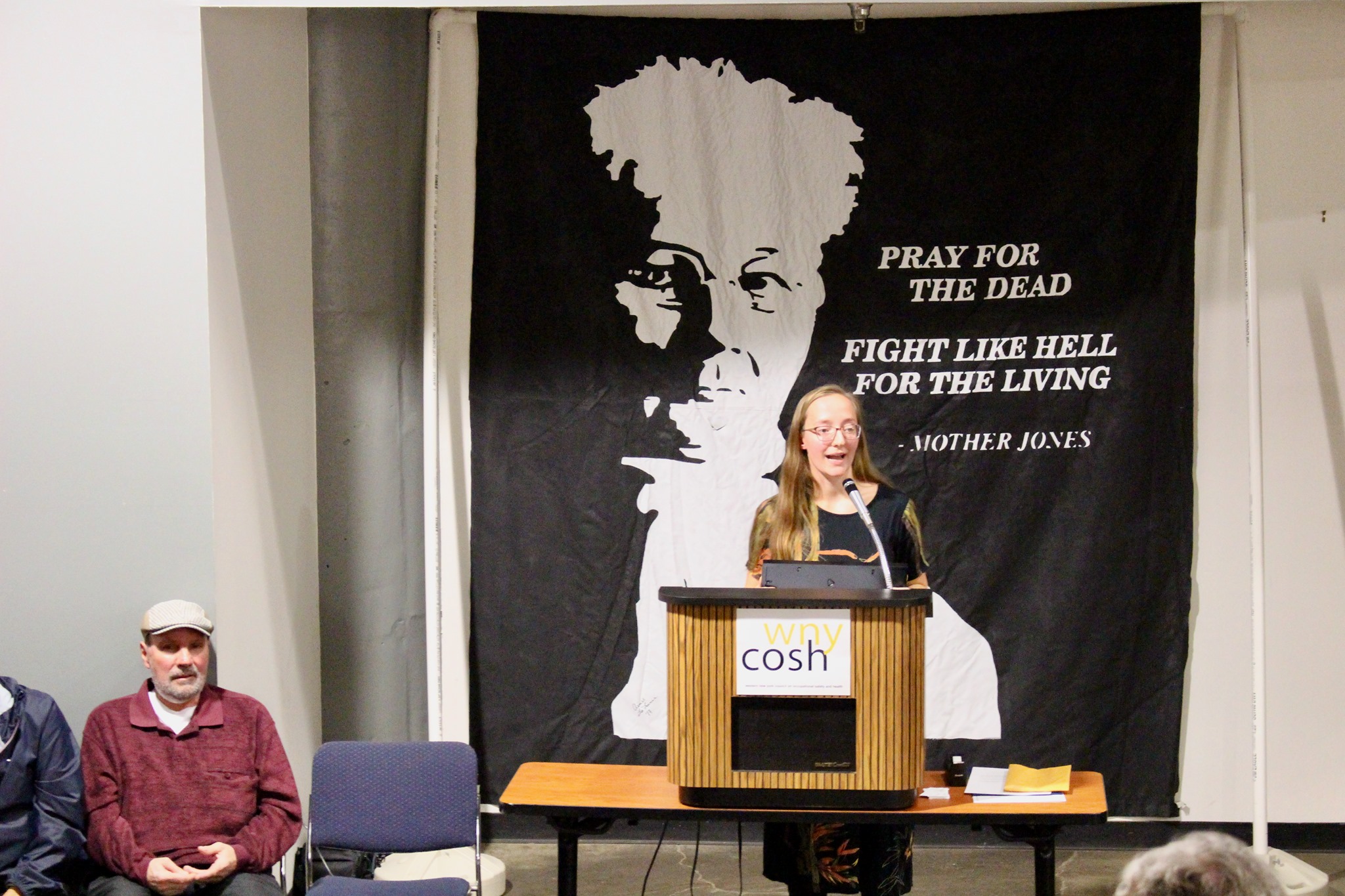 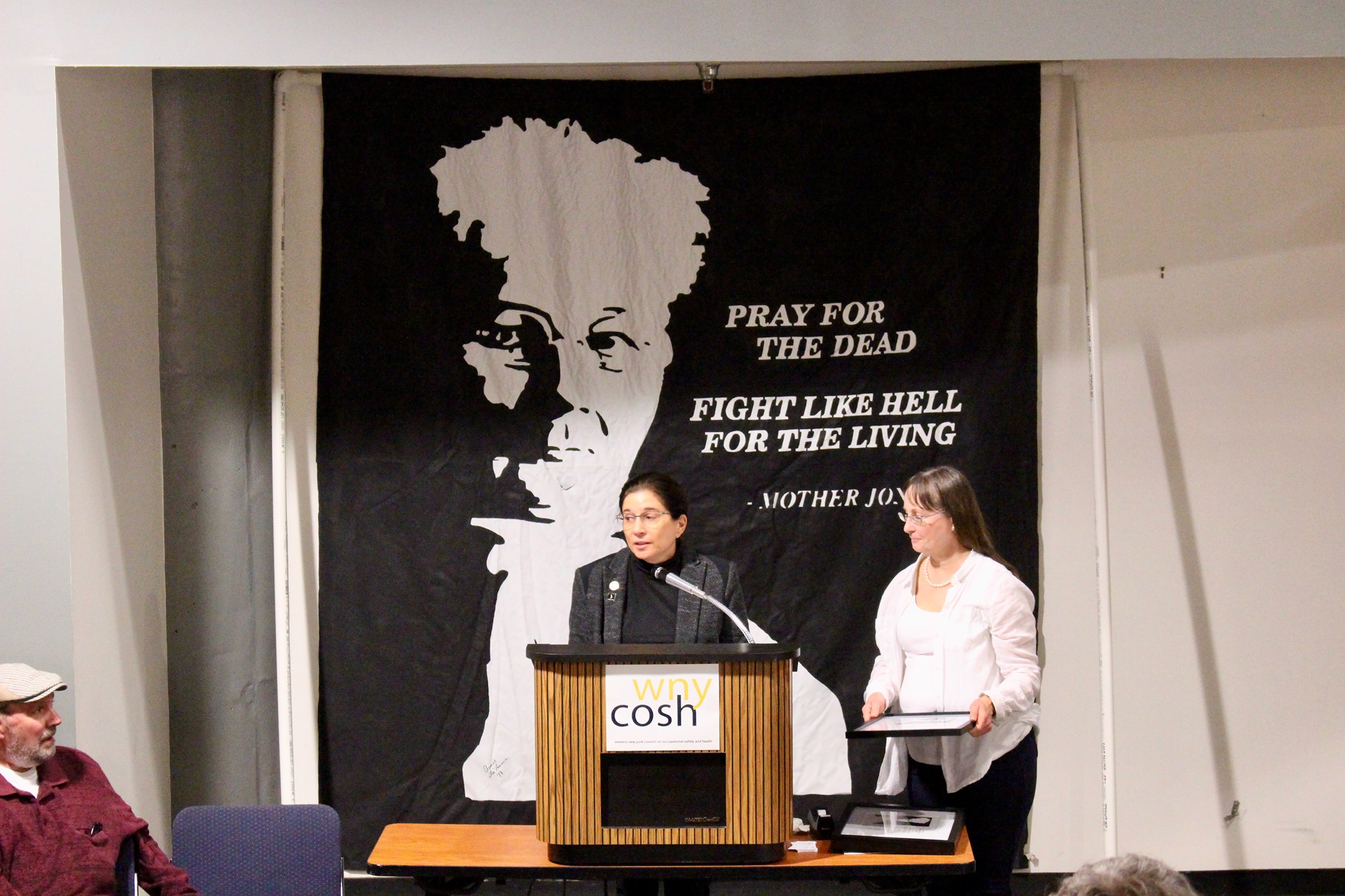 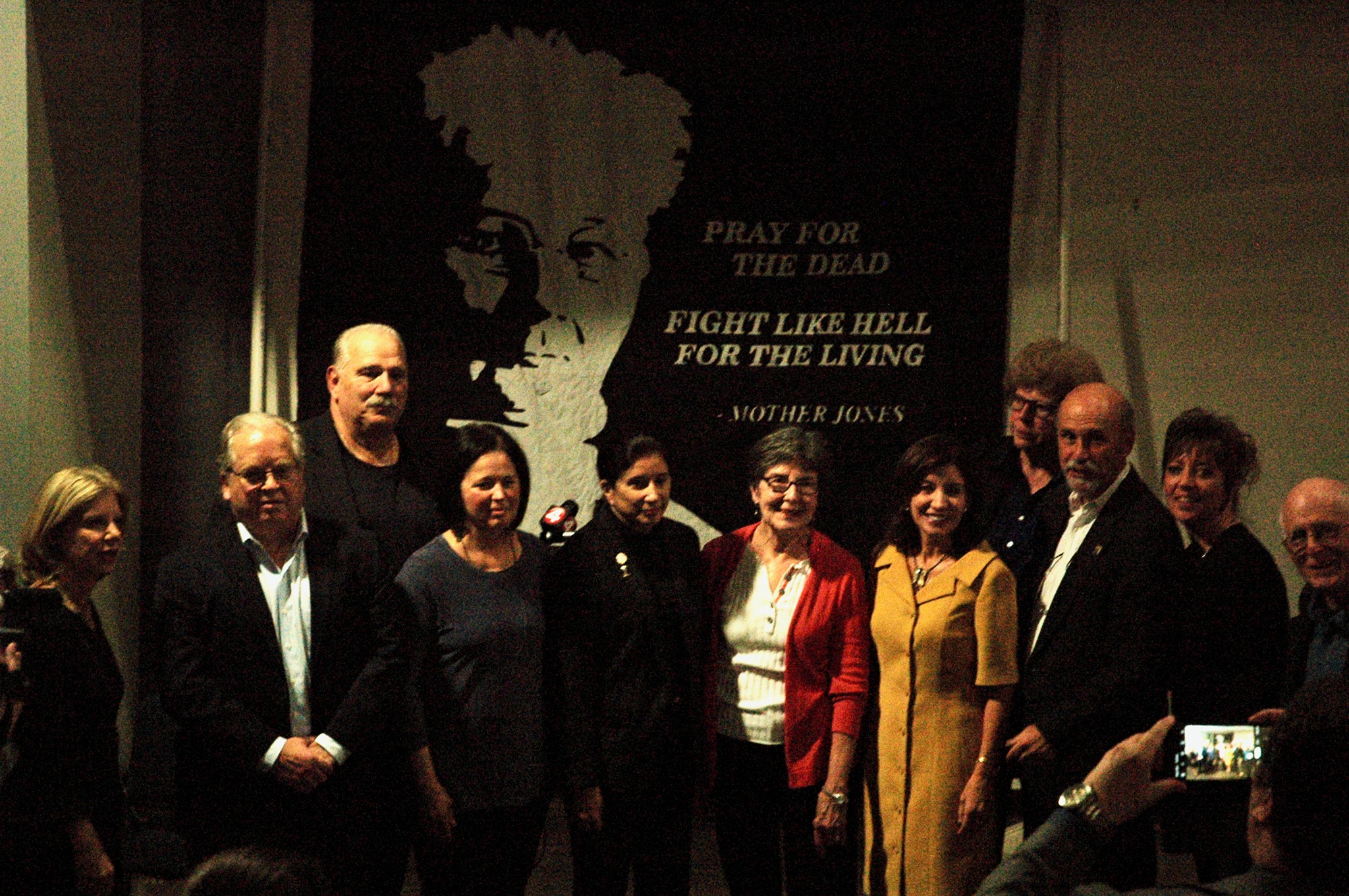 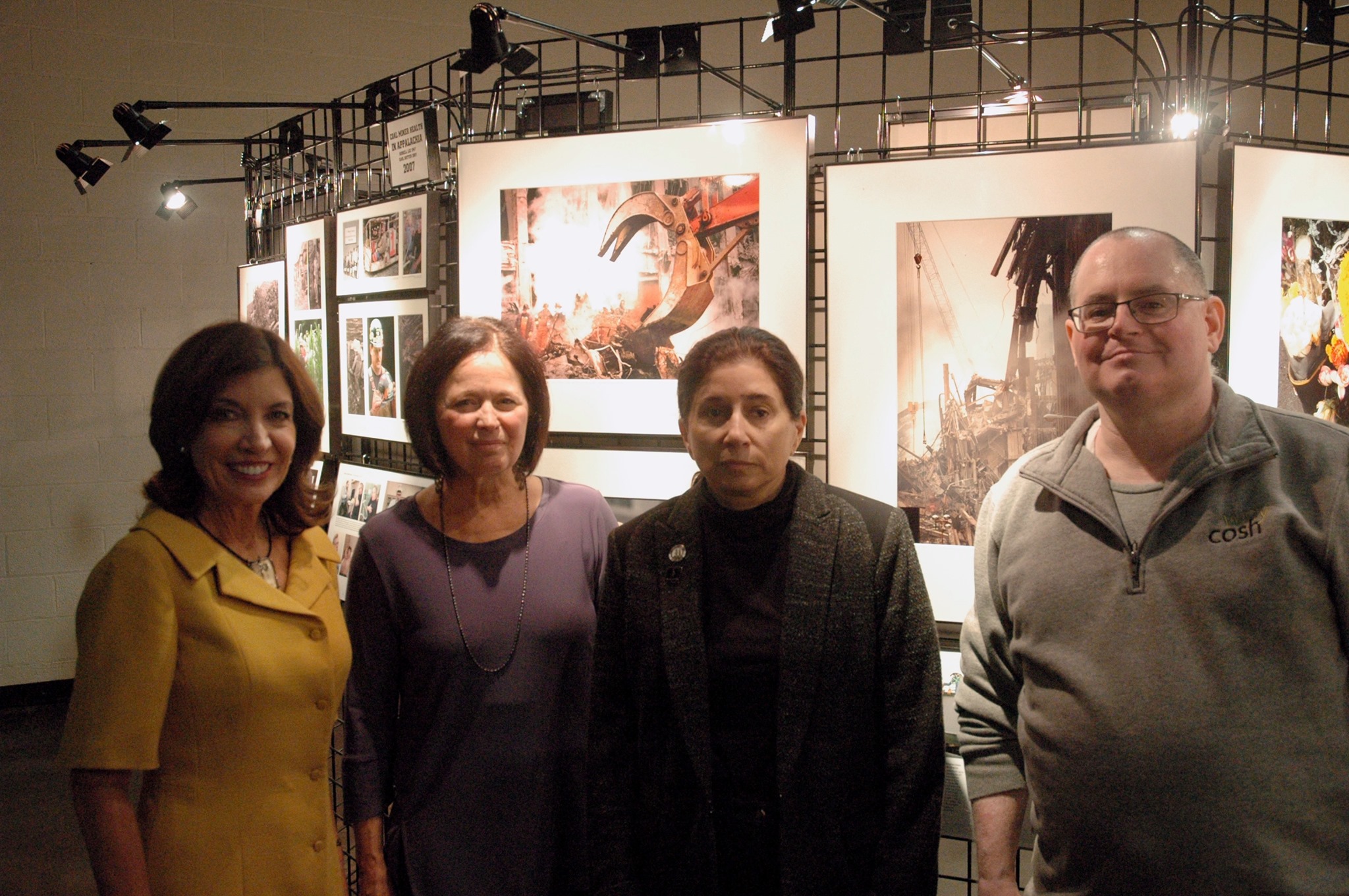 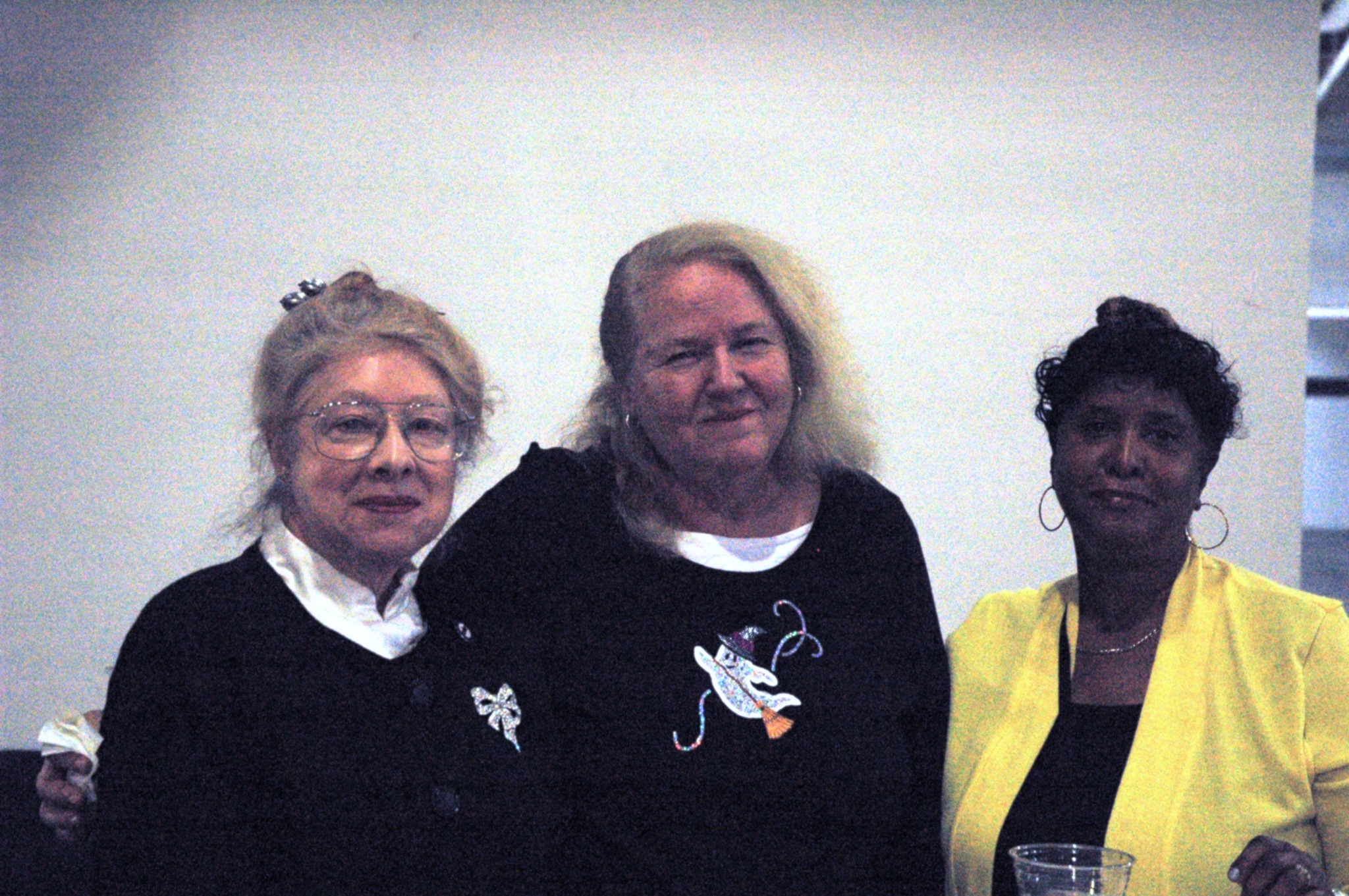 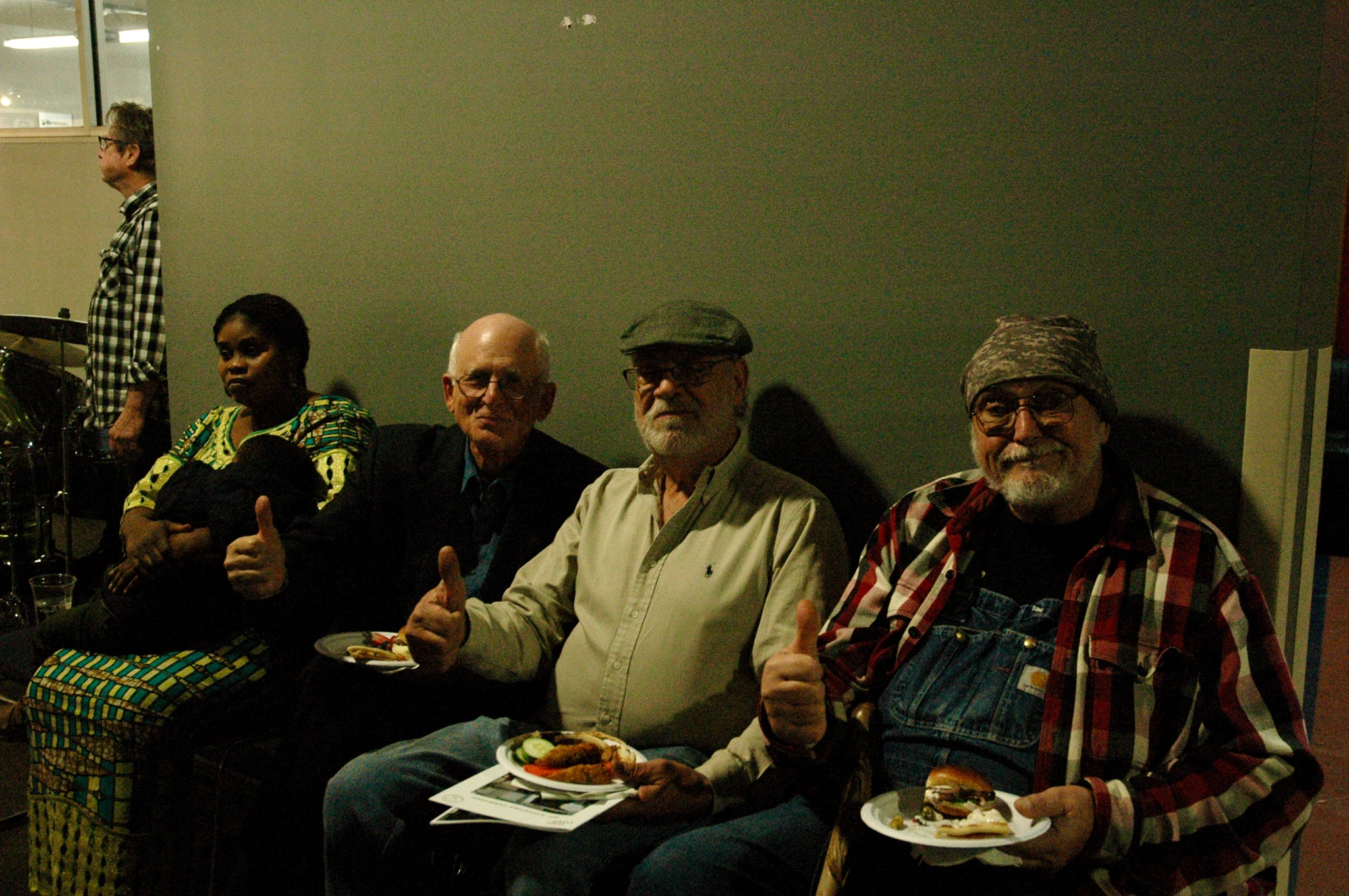 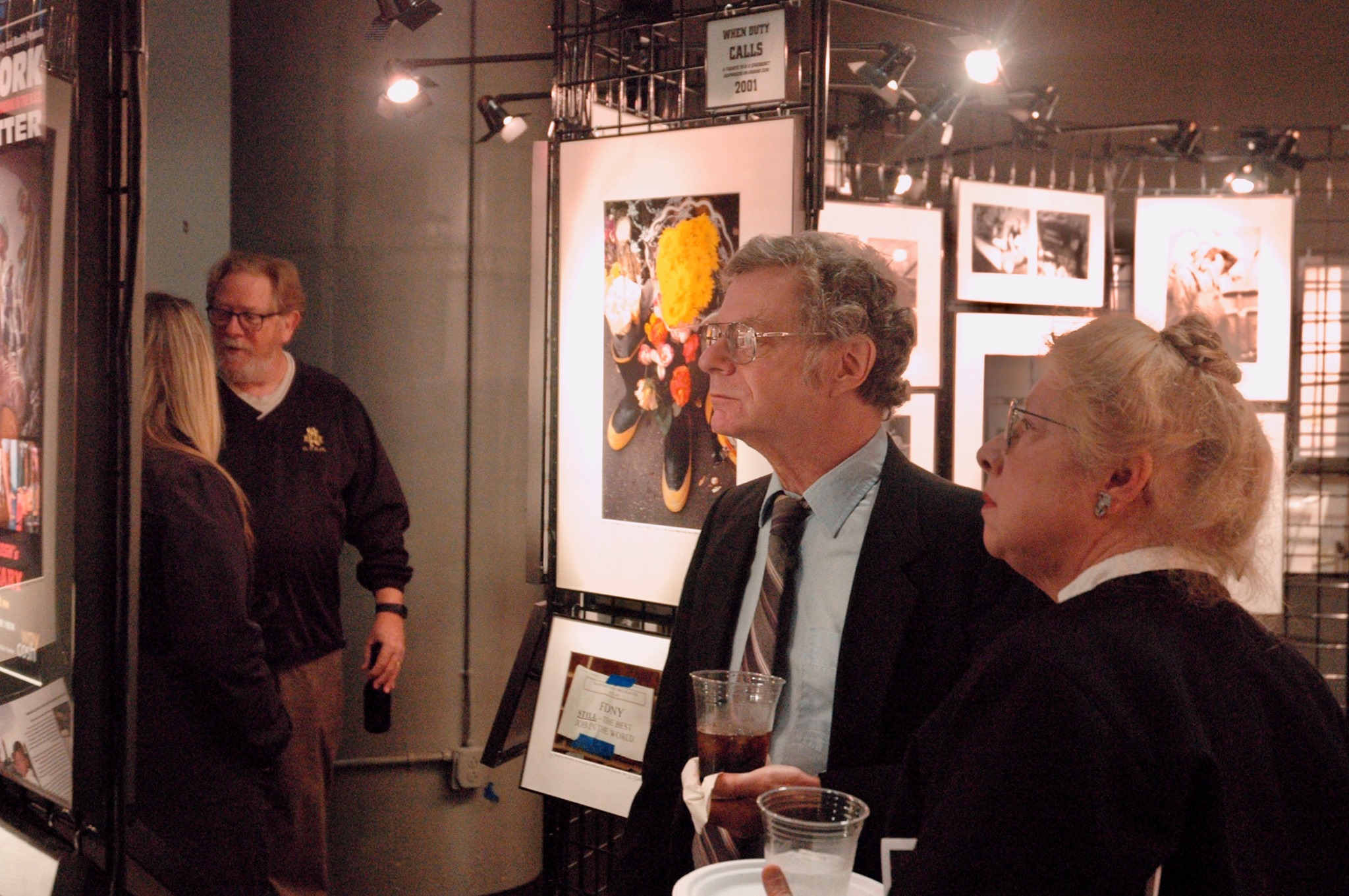 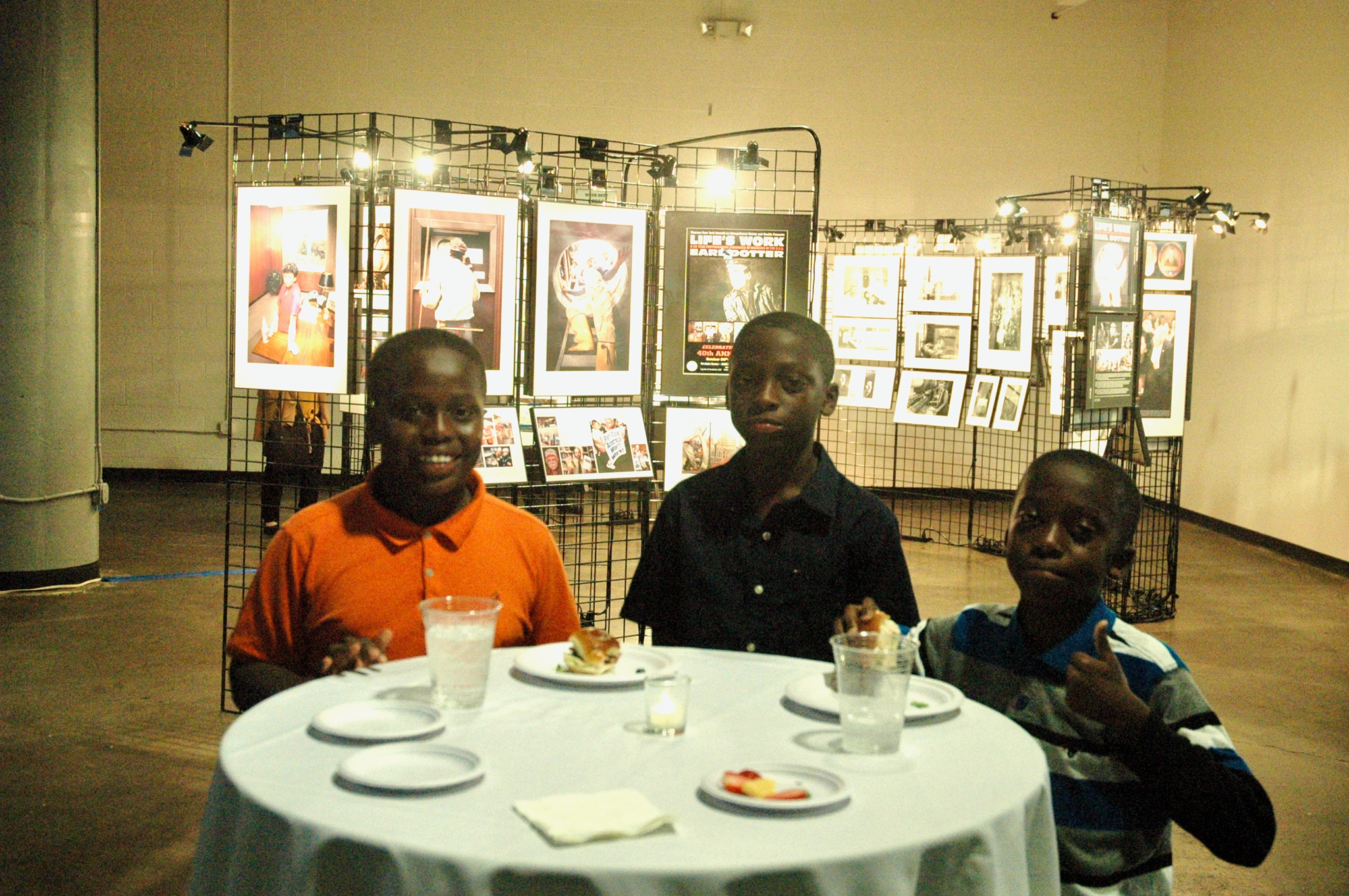 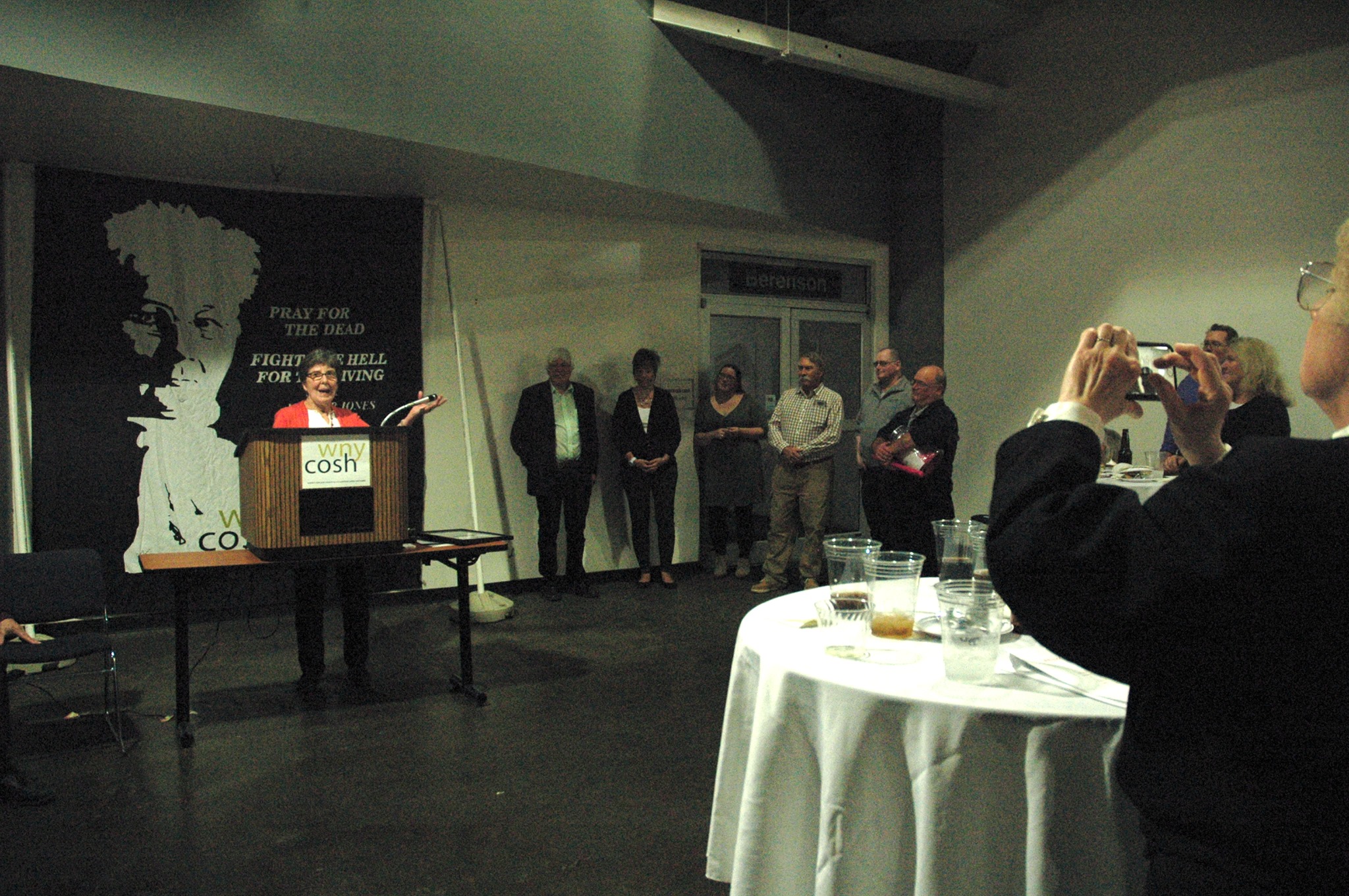 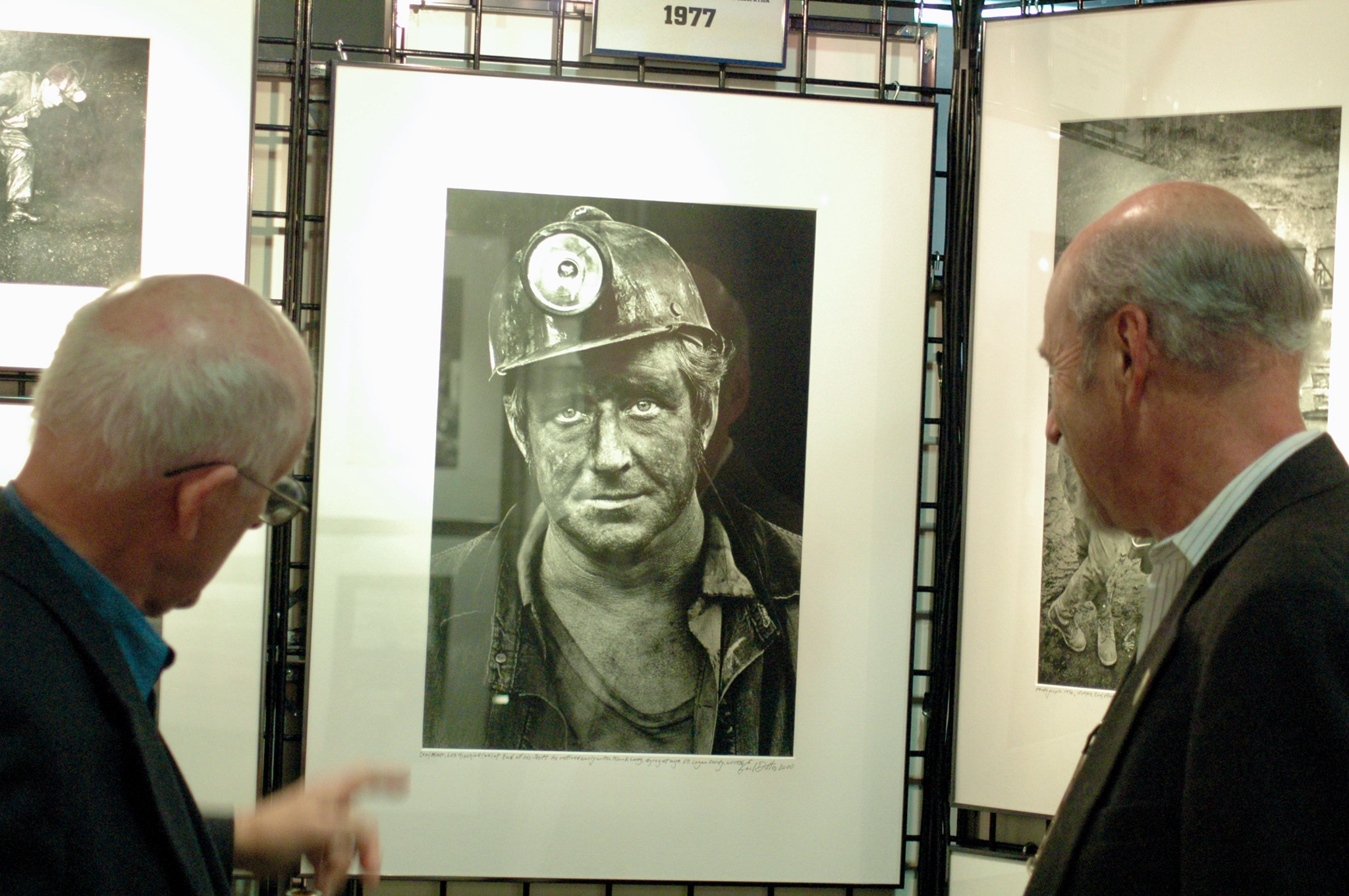 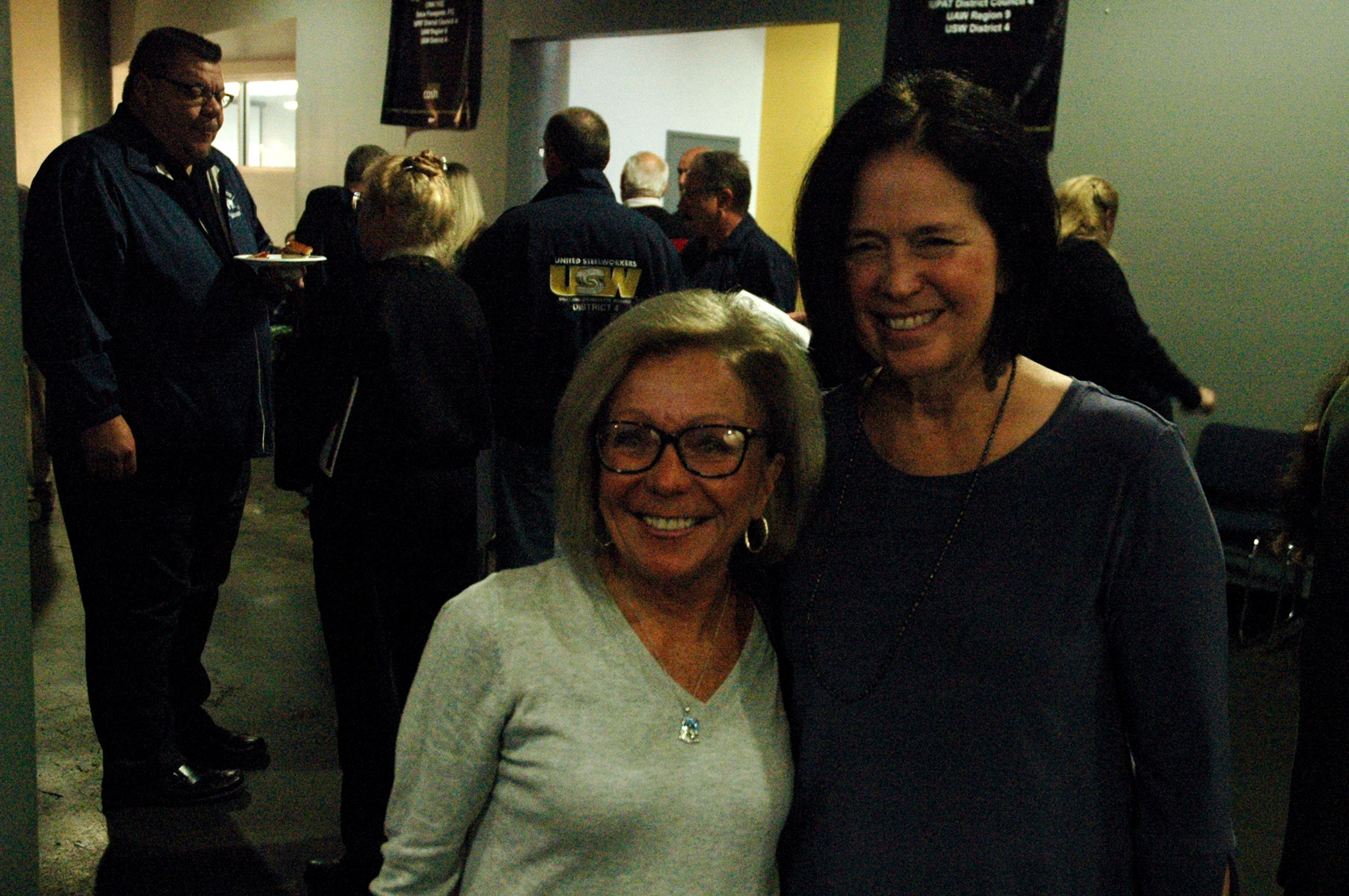